For some reason, sprint training for hockey has really dropped off the map when it comes to hockey training.  I mean, no offense to the marathon runners out there, but how many players out there want the body of the stereotypical marathon runner?  I’m guessing not that many.

Now what about the body of a sprinter?  I’m now guessing that would be much more appealing to players looking for optimum performance.  I mean, a sprinter actually looks athletic.  Furthermore, they’re explosive beyond what the normal runner can dream of.

Before I go on, this is not a bash on marathon runners.  I love how dedicated these people are when preparing themselves as well as how they can actually set a goal and go after it.  There’s a lot we can learn from them for sure.

My point is that in order to achieve a certain performance level in our off-ice hockey training,  we need to look to where the results are happening.  For hockey players looking to achieve top-end speed, sprint training for hockey is probably your best bet when it comes to getting faster. They are also a perfect complement to lower body strengthening as well.

Sprint training for hockey is such an awesome way to become faster and it comes with benefits like firing up your nervous system as well as activating muscle fibers and releasing growth hormone that doesn’t happen with your typical run or jog for 30 minutes to an hour at a time.  So that’s why you see sprinters with such amazing physiques.  The type of training that they’re used to is releasing growth hormone and helping them pack on muscle.

Now that I’ve made my point that I believe that sprinting is going to be an excellent addition to your off-ice hockey training, now the question is “How much and how often?”

My first answer to that question would be that “it depends on a few things”.

1. Are you in-season or off-season?

2. Are you just starting to sprint or have you been doing this type of training for a while?

3. Do you have any injuries or are you healthy enough to sprint in the first place?

Let’s take the first question on.  If you’re in-season, adding sprinting into your off-ice hockey training workouts twice per week is plenty and once per week is just fine.  You have to take into account the total amount of volume of work you’re putting yourself through during the week.  Games, practices, and strength training workouts all come into play here.  You don’t want to get to the point where you’re burning yourself out.

As for the off-season, when you’re talking about sprint training for hockey players, two to three times a week is enough to make sure you’re making improvements in your speed.  Starting out with 10-20 yard sprints is in my opinion the most you really want to run because if you think of a hockey game and the amount of time it takes you to get up to top end speed, you really don’t need to run very much further than that.  There’s so much change of direction that happens in a game to really have long sprints make a difference.

Now if you’re just starting out with sprinting in your off-ice hockey training, you’re going to want to start with sprints that are not 100% max effort.  You don’t want to go wide open right away because you want your body to get used to your new exercise that’s being performed at high intensities.  I’d suggest 4-6 sets of 10 yard sprints to start and then progressing to 8 sets of 10-15 yards.  After a couple weeks of using that guideline, try to up the intensity up to 100% all out.  8-10 sets of 10-15 yards will be plenty.

Now if you’re someone that’s been heavy into exercise and training, I’d suggest 10 sets of 10 yard sprints at 100% effort.  Remember, this should come after a dynamic warm-up so that you’re prepared for the workout.

Sprint training for hockey as mentioned above is probably the most potent exercise method to apply to your hockey speed training, however, when you’re training for speed you can never forget about the two main pillars that are at the foundation of any aspirations of improved skating speed and explosiveness, you have to factor in strength and power.

Increasing strength and power through resistance training and plyometrics will inevitably increase your skating speed and explosiveness.

Also you can’t forget about actually sprinting on the ice as a means to increase skating speed. There is absolutely nothing more sports specific to improving skating speed than performing timed sprints on the ice. You must remember however, to be deliberate in your on ice training, to skate fast you must practice skating fast.

Remember, you’re looking to become more explosive, so performing exercises like sprinting will help you achieve that.  Just look at the two body types, a sprinter and a marathon runner, and you tell me what you think is best for a hockey player.

The 7 Best Exercises For Skating Faster 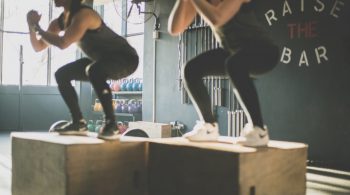 The 7 Best Exercises For Skating Faster 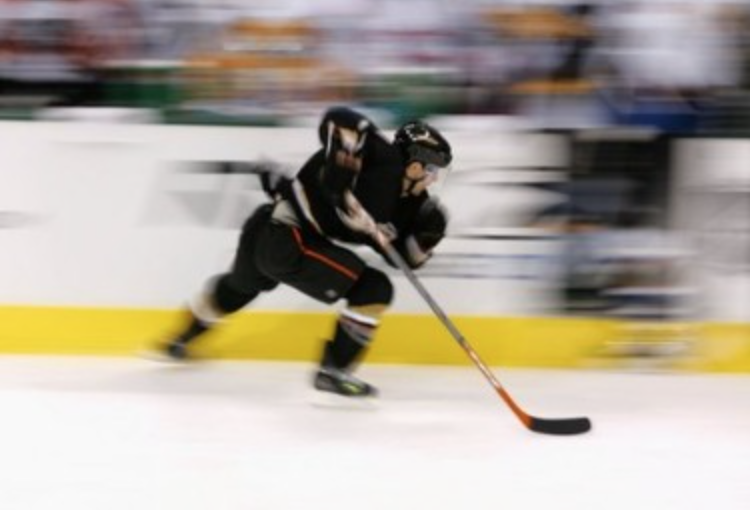